Media bloggers got to witness the elegant launch of Uno Premier in the late afternoon of October 17. Impressed with the modern designed office situated in BGC. 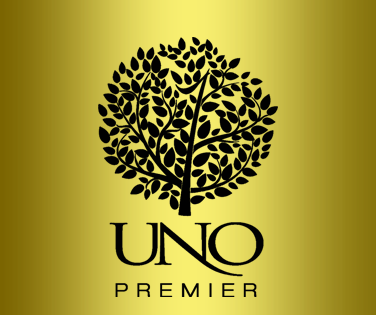 The launch was welcomed by a huge number of guests and members who graced their time to join the most awaited event in the new office of UNO Premier.

The newly opened UNO Premier office in upscale Bonifacio Global City, Taguig was virtually swarming with luxury cars and stylish personalities. The event is the formal grand launch of UNO Premier, one of the country's leading business clubs and network marketing companies. Even before its official launch, UNO Premier has already broke numerous new grounds in the network marketing industry.

It is the first network marketing company to open its own huge corporate offices and training centers in Ortigas and BGC, Taguig, two leading business hubs in the country.

Barbo started his speech with milestones of UNO such as its strong international
growth in the US, Middle East, Africa and Hong Kong. He elaborated on the various business centers and branches that have continually cropped up in key cities in the World.

"We also launched the newest seal of glory in UNO’s history – the Team Pride award. The effect really paid off because we managed to fill both Cebu and Davao venues to the brim. Internationally, we also launched UNO Premier in the USA. The posh Beverly Hills was the venue of our launch and it was more than well attended, thus enforcing the fact that UNO Premier is fast rising in the ranks of international multi-level marketing companies," he proudly enumerated.

Barbo said that this is in line with their goal of being the premier network marketing company for the high-end set.

For his part, Oliver Chua talked about improvements in UNO's transaction and distribution systems. "In line with the opening of our office, you can now get easier access to UNO Premier’s roster of products. We improved the overall pay-in and distribution system here so every transaction will go smoothly and hassle-free. More than that, in the coming months, we will be adding more products to the already world-class and impressive lineup of UNO Premier," he added

While Herbie Chua unveiled the UNO MobKard app for IOS and Andriod, a location-based mobile loyalty solutions provider that has a huge database of brands, services and offers for all their members. It includes the existing UNO All Access card items, plus the existing items under MobKard like Serenitea, Vans, The Bistro Group of Restaurants, MedExpress, 360 Fitness Club, LayBare and much more.

Chua also surprised their members with the unveiling of their partnership with SM  Development Corporation (SMDC), one of the country's largest real estate developers, to exclusively offer condo and housing requirements to its members with a 1 percent discount through the MobKard app.

Barbo also bared the newest training director of UNO, a leading and respected network marketing guru in here and abroad. He will help develop a unique training system exclusive for UNO Premier members to help them with their sales targets.
UNO Premier was softly launched just last year and now has thousands of members composed of movers and shakers of society, big businessmen, celebrities and foreigners.

Just recently, it had a successful roadshow in the US and was featured extensively in top media channels such as ABS-CBN's The Filipino Channel (TFC) and leading newspapers abroad.

UNO Premier is set to conquer other parts of the world as it plans its major expansion programs.


For more information about UNO Premier, like its official Facebook Page (UNO Premier Official Site) and visit www.unopremier.com
at October 15, 2015