Known as one of Southeast Asia’s most exciting property markets, the Philippines’ biggest real estate awards  held its official press conference  last 29 October, at the Namayan Room of the Fairmont Hotel Makati, the official hotel venue sponsor of the Philippines Property Awards 2016.

This is the fourth consecutive year that Ensign Media organized the Philippines Property Awards. The award giving body is widely recognized in the industry for its fairness and transparency.  The Awards will begin accepting nominations from developers and the general public on 29 November 2015. Property firms are free to enter as long as a third party nominates them. 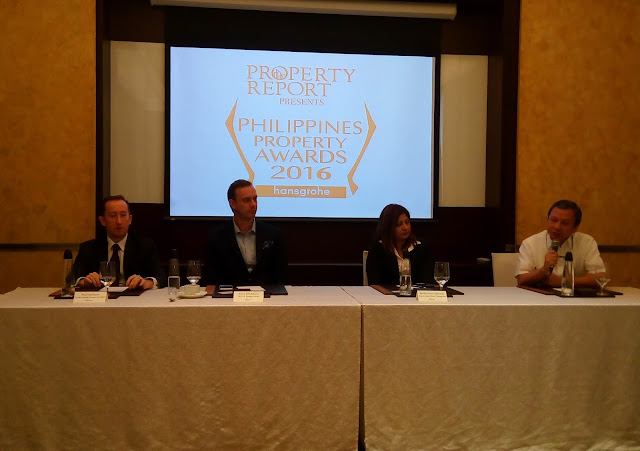 In the next six months, the judging panel in the Philippines will be looking for the next Ayala Land Inc, Shang Properties Realty Corp or SM Prime Holdings, all former winners of the Best Developer accolade.. These developers, along with  all past winners in various categories of the Philippines Property Awards, have  left an indelible mark in  the industry and have set a high benchmark by which current and future property developments are measured.

Ayala Land claimed the Best Developer (South East Asia) title in 2014 during the South East Asia Property Awards grand finals held in Singapore. Next year, one outstanding developer from the Philippines could win that honor again.

According to Moody’s Investors Service latest outlook report, the Philippines is enjoying a rare kind of economic resilience that is bound to trickle down to the real estate industry. Despite the 2016 national elections, growth momentum will be sustained, according to the rating agency, “buffeting neighboring countries and emerging markets as a whole.”

There will be 26 trophies to be given away at the awards ceremony next year. Categories are grouped into three main sections, namely Developer, Development and Design, covering the condominium, housing, hotel, office, retail, green and villa segments. 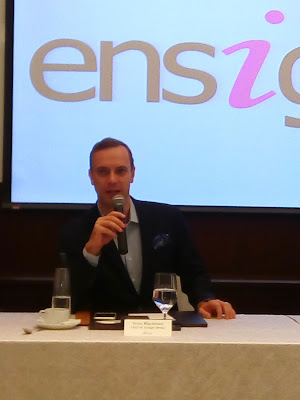 “We’re not only holding a launch party for our 2016 event in the Philippines,” said Terry Blackburn, CEO of Ensign Media, the publisher of Asia’s industry-leading monthly magazine,  Property Report. “This is a showcase of our commitment to the country’s exciting real estate market, and to recognize and reward the most significant contributions to the sector from local developers, building on our experience with the Asia Property Awards in the past 10 years.”

The press conference also saw the launch of the second Property Report Congress. After the resounding success of the first Congress, Ensign Media plans to bring together the country’s industry leaders and experts for a Philippine-focused all-day seminar and network event.

As is the case with all the events of the Asia Property Awards, , successful entries will be supervised by one of the world’s largest accounting firms, BDO.

International. Winners will be revealed at the glittering black-tie awards gala on Thursday, 7 April at the Fairmont Makati.

One additional award – chosen by the editors of Property Report – will be presented to the Real Estate Personality of Year whose influence and achievements resonates across the Philippine archipelago. Past recipients of this prestigious honour are property veteran Antonino Aquino, President and CEO of Ayala Land; highly respected tycoon Dr. Andrew L. Tan, Chairman and Founder of Megaworld Corporation; and green advocate Ramon Fernando D. Rufino, Executive Vice-President of The Net Group, and incumbent chairman of the Philippine Green Building Council.


For more information on the annual Philippines Property Awards, visit the website. Super early bird tickets for the gala dinner will be available soon at Ensign-Media.com, offered until 1 April.

Follow #AsiaPropertyAwards to join the conversation about the Asia Property Awards series on social media, and find out who made it to the official shortlist on 7 March 2016.

About the Philippines Property Awards:

Returning for a successful fourth year, the Philippines Property Awards are part of the regional Asia Property Awards programme organised by Ensign Media. Established in 2013, the Awards celebrates the best of the best in the country’s residential, commercial and hospitality real estate sectors, showcasing the archipelago’s top developers, developments, and designs. Featuring the most outstanding companies, projects and real estate personalities, the Philippines Property Awards set the benchmark in real estate, architecture and design from the country’s key markets.

About the Asia Property Awards:

Free, fair and transparent, with a professionally run and fully audited judging system, the Asia Property Awards offer an unrivalled showcase of the region’s real estate industry, boosting awareness and highlighting top quality developers, projects and services. Started in Thailand in 2006, the Asia Property Awards have since grown to reward developments, consultants, architects and designers in Singapore, Malaysia, the Philippines, China, and in its tenth year have expanded into Myanmar, Indonesia, Vietnam and Cambodia.

Established in Thailand in 2003, Ensign Media is the publisher of Property Report, Asia’s leading monthly luxury real estate, architecture and design magazine. The company also organises the region’s foremost real estate events, including the Asia Property Awards and the Property Report Congress. With more than a decade of experience in producing high quality media and events in the world’s most vibrant economic region, and a distribution network encompassing South East Asia, Hong Kong and Macau, Ensign Media is Asia’s leading property media company.