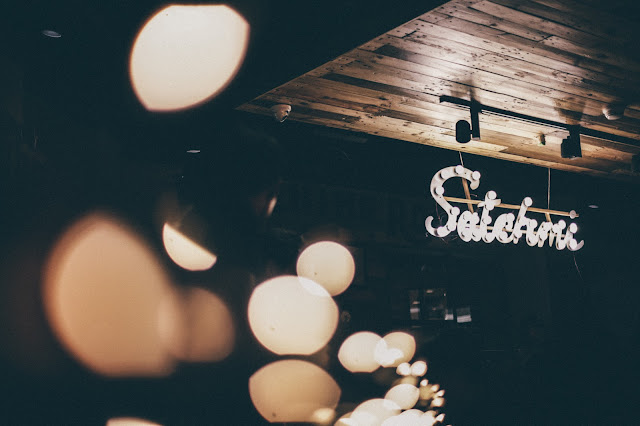 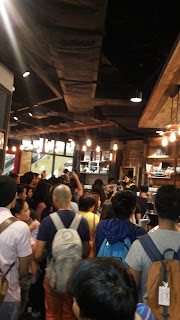 MANDALUYONG, Manila - September 26, 2015 — The Satchmi Store was packed to the brim for their 1st birthday. A celebration of Satchmi’s love for records, music, and the lifestyle they cultivate together with their community of friends and loyal customers.

It’s no surprise when we saw people pouring in from all directions to the store. When you step in, it’s as if you’re in another world separated from the mall itself. There was free food courtesy of Mr. Graham’s Sandwich Shop, their highly talked about Cebuano along with chips and dip filled everyone’s appetite throughout the event. In tandem was Mrs. Graham’s macarons straight from her cafe, specially made for the event complete with vinyl record designs and plating. Their Apple Pie Soda was also served during the party as well as Craftpoint’s Summer Sessions. All free aside from Satchmi’s esteemed third wave coffee. 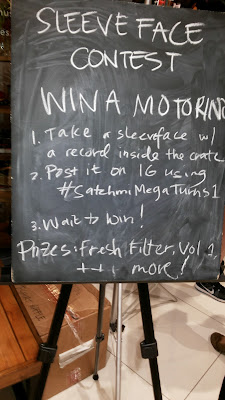 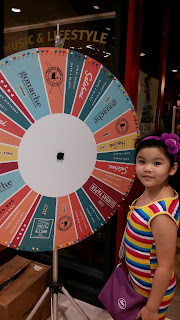 People got to experience fun and games throughout the event like spin the wheel with prizes from Satchmi’s lifestyle brands — Happy Socks, Lost Nomad, Gouache Bags, The Green House Project, Sunday Paper Co and more, there was also a sleeve face Photo Booth contest, by the end of the night the most creative photo got to take home a Motorino Mk II. A Satchmi event wouldn’t be complete without performances from their favorite artists BP Valenzuela, Reese & Vica, CRWN, and up and coming Coeli. Chip Balbuena — a comedian from Comedy Cartel’s line up was also their to provide some laughs for the night.

The main event was when Satchmi released a video showcasing what was next for them this year. Some of the things announced were that they are opening a 2nd branch in Quezon City (exact location still top secret) early 2016, the Motorino Mk II now comes in the new color Silver bidding goodbye to the Ivory model, a new Satchmi Blend of beans exclusive from EDSA Beverage Design Studio coming soon to the store and most importantly, a new vinyl compilation that is composed of some of their favourite performers from Vinyl Day 2013 to 2015. Some of the artists include Autotelic, Oh, Flamingo!, BP x CRWN collab, Tandems ’91, She’s Only Sixteen, Reese & Vica, Imago, Taken by Cars, and more! A total of 12 tracks for a vinyl produced and manufactured entirely by Satchmi. The vinyl, entitled “General Assembly” (and rightly so) will be released sometime in 2016.

“It definitely is hard to believe how far we’ve come” says Edric Chua, co-founder of Satchmi. “When we started out with just a couple of records and an online store, we always used to talk about opening a brick and mortar store until eventually the opportunity presented itself to us and we took it.” he adds. “From an online store to an actual physical store, and now we are not only distributors but producers and manufacturers of actual vinyl records— for a couple of vinyl enthusiasts, it’s amazing to see how far we’ve come.” says Aislinn Chuahiock, another co-founder of Satchmi. When asked what their secret was into getting this far, Ronald Sy - Managing Director and co-founder of Satchmi simply said “It was really a collaborative effort. Both within the team and with everyone we’ve ever worked with. Our loyal customers and everyone who has ever supported us also helped materialize what we’ve been planning for how many years.” 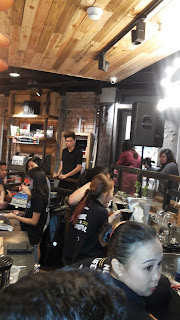 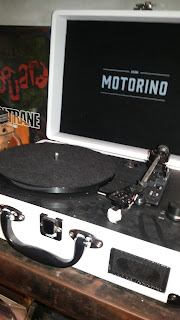 Vinyl records have been around for a while now and although the emergence of technology and digital music has proven to lessen physical music sales, the fact that vinyl is slowly growing and emerging to be the ultimate and most genuine medium shows that a love for the good old days will never go away. Satchmi has been the frontrunner into making vinyl records accessible to everyone and as proven today, they are here to stay and we couldn’t be any happier.

Satchmi is a music and lifestyle brand with a love for vinyl records, worldly goods, and everything in between. Visit their online store at www.satchmi.com or their physical store at the 4F Mega Fashion Hall, SM Megamall.

Korean restaurants can be spotted almost everywhere here in Philippines. Not only in Manila but also in some parts of our provinces.  Thank...