The book launch of RAMPAGE by James M. Scott 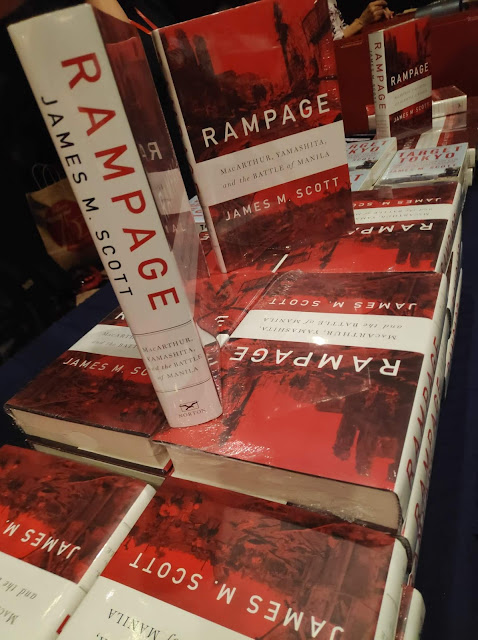 February 12, 2019, Filipinas Heritage Library launched Pulitzer Prize finalist James M. Scott’s new book, Rampage, at Ayala Museum.
American General Douglas MacArthur, driven from the Philippines under the cover of darkness at the beginning of World War II, famously vowed to return. This is the story of his homecoming. The twenty-nine day battle to retake Manila in February 1945 resulted in the catastrophic destruction of the city.

Rampage: MacArthur, Yamashita, and the Battle of Manila reexamines the effects of World War II on the Pacific region.  Based on testimonies, after-action reports, and survivor interviews, the book relives the terror and monstrosity of the war while teaching new generations about the month-long battle in February 1945 between the US and Japanese Imperial Armies that ravaged the Philippine capital and took the life of an estimated 100,000 civilians. In conjunction with the book launch is a series of talks and presentations by the author at the University of the Philippines Diliman, Ateneo de Manila University, Far Eastern University, University of Santo Tomas, and De La Salle University on the second week of February 2019. 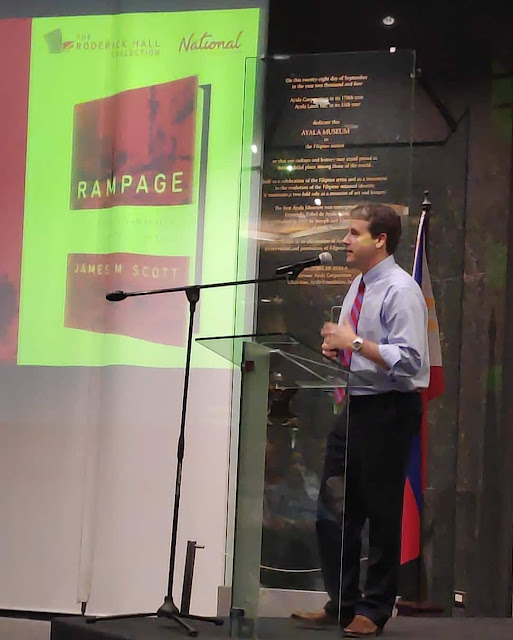 A former Nieman Fellow at Harvard, Mr. Scott is the author of Target Tokyo, which was named one of the best books of the year by Kirkus, The Christian Science Monitor, and The Fort Worth Star-Telegram. His other works are The War Below and The Attack on the Liberty, winner of the Rear Admiral Samuel Eliot Morison Award. The book launch and tour are made possible by Mr. Roderick Hall, whose substantial collection of books and materials on World War II-Pacific Theater is currently housed at FHL. Rampage is just one of the growing number of scholarly work that was extensively based on the books, documents, and audio-visual materials that comprise the Roderick Hall Collection (www.rodhall.filipinaslibrary.org.ph), one of the biggest collections of its kind in Asia.

For details of the book launch, visit the Filipinas Heritage Library Facebook page or email asklibrarian@filipinaslibrary.org.ph.