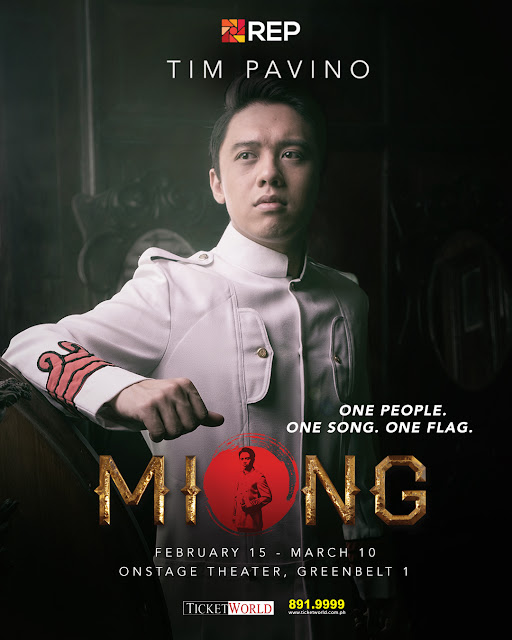 Repertory Philippines is bringing back one of its most acclaimed original plays, Miong, to the stage. Opening REP’s 2019 season on February 15 at the Onstage Theater in Greenbelt 1, the production follows Emilio “Miong” Aguinaldo as he embarks on a mission to unite his people during a time of social division.

Written and directed by REP Artistic Director and theater legend Joy Virata, Miong is a compelling drama that brings Philippine history to startling life. Featuring songs by Ian Monsod and additional lyrics by Freddie Santos, this showstopping musical is an ideal choice for anyone seeking world-class live entertainment.

When Spanish colonizers assert their power over Filipinos by turning them against each other, a young Miong understands that the key to freedom lies in unity. Though he wants his countrymen to be liberated from oppression, he is a conflicted leader who is unsure of what course of action to take. Miong digs into this controversial figure’s motivations, giving audiences a fuller idea of his origins, traits, and psyche.


Sure to spark discussions left and right, Miong promises to deliver stellar production and powerhouse performances. Rising actor-musician Tim Pavino makes his debut in the titular role, alongside Noel Rayos as Berong, Cara Barredo as Yayang, Meynard Peñalosa as Father Blas, Elver Esquivel as Don Carlos, and Lani Ligot as Kapitana Teneng. Watch out for great choreography by Dexter Santos, and musical direction by Ejay Yatco.

An ambitious collaboration between fresh talents and respected stalwarts of the stage, Miong is sure to be an unforgettable theatrical experience, telling a story that maintains its relevance in the modern age.

Miong runs from February 15 to March 10, with both evening shows and matinees. Kicking off REP’s 2019 season, it will usher in three more anticipated productions: witty comedy Father’s Day, poignant drama The Dresser, and colorful children’s musical The Quest for the Adarna, based on the beloved Ibong Adarna tale.