Meet the handsome French guy.  Born and raised in Paris, chef Xavier spent the earlier part of his career training under renowned chefs before he went on to become a consultant chef for various businesses and eventually publish his own cookbook Les Petits Dîners de Xavier which sold more than 40,000 copies across Europe. 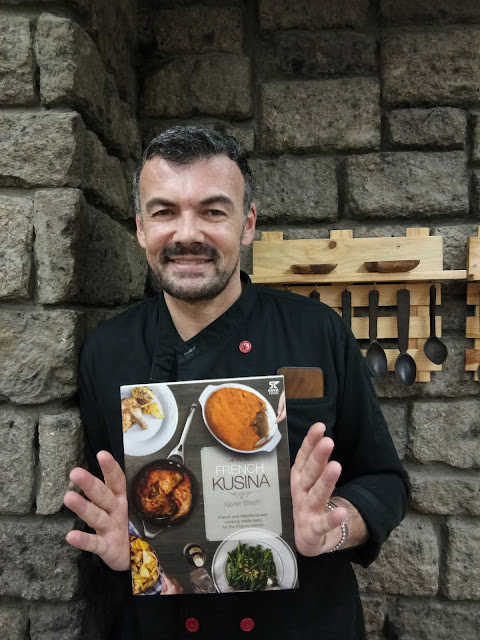 Now that he has been living in the Philippines for over five years, he pays tribute to this country he has fallen in love with and the people who have welcomed him with open arms by sharing valuable knowledge and his cooking legacy.  Through his newest cookbook, French Kusina, chef Xavier teaches you how to infuse French techniques and styles into dishes that you can easily create at home using local ingredients.
In the Maya Kitchen Culinary Elite Series, he breaks down the basics of French cooking and reveals how it can easily be done in the Filipino home. 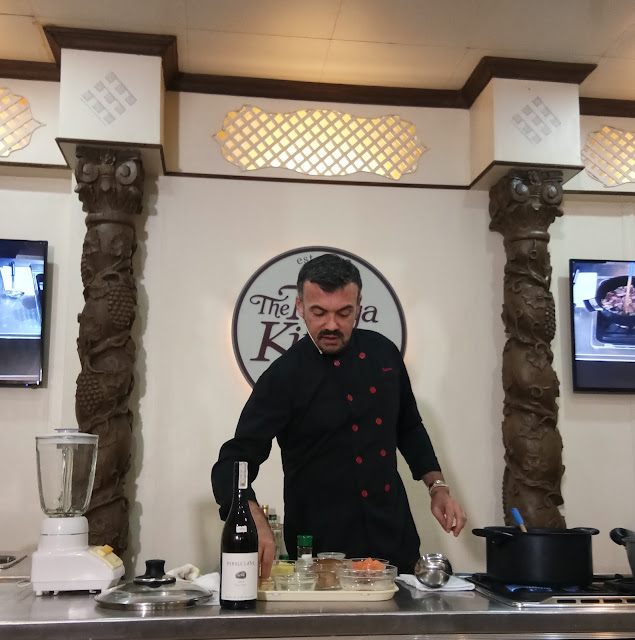 “When you’re a French chef, people come to you and they tell you about 3-star, 4-star Michelin chefs, truffles, and foie gras. But I keep telling people, this is not the food we eat daily,” he says. “I know that Filipinos love their family-style and we’re the same in France, we have family-style as well. I want to show the way we eat at home.”
For someone who has travelled the world and has caught the attention of clientele from high-end lifestyle brands to Europe’s royalty, chef Xavier’s philosophy on food and cooking remains constant. It should be uncomplicated.
﻿﻿
﻿For the Culinary Elite Series, chef Xavier demonstrates various French-style dishes from his cookbook. He starts with the traditional Marseille Seafood Soup, and the hearty Salad Nicoise. Beef Bourguinon, Milanese Risotto, San Remo Pasta Carbonara make up the main dishes and a dessert of Chocolate Mousse completes the menu.

When you think of French cuisine, it’s likely you’ll be teleporting yourself to a swanky bistro with fancy wine, cheeses, and other ingredients you can hardly pronounce. We might not think of it as simple and familiar comfort food, but French and Mediterranean cuisine extraordinaire, Chef Xavier Btesh, proves otherwise.

He also shares that many of us don’t realize French dishes have a lot of similarities with Filipino food. In the same way that we have “adobo,” the French have their own version as well. Just switch the vinegar with wine and there you’ll have a French chicken stew.

These are recipes which also allow you to add your own personal flavors to each dish. “I think recipes should be whatever floats your boat,” he says. “Food is craftwork that you share and pass-on; and each of us can do it his own way.”
﻿

We can learn from chef Xavier that cooking the French way isn’t that complicated and each recipe will always have room for your own personal touch. In the Maya Kitchen Culinary Elite Series, you’ll definitely be given the tips and motivation to cook like an expert.
Whether you’re a chef, a foodie or a home cook, chef Xavier will always tell you to “cook with your heart,” and think about the people you are cooking for. “Don’t mix too much stuff to begin with, because the more you mix, the trickier it gets to play with flavors and ingredients. Keep it simple,” he says. “And don’t be scared. I truly, truly believe there is no bad chef.”
For more information on this and on other course offerings
log on to www.themayakitchen.com
email: contactus@themayakitchen.com
The Maya Kitchen Culinary Center every
Tuesday to Saturday
8F Liberty Building, 835 A. Arnaiz Avenue (Pasay Road), Makati City.
Call 8921185 or 892-5011 local 108 or +63929 679 6102.
Like and follow Maya Kitchen on Facebook
Instagram @TheMayaKitchen1 and follow us
Twitter @TheMayaKitchen