World Vision, in partnership with the Department of Social Welfare and Development (DSWD) and the government of Taiwan, held a rice turnover in Region 10, donating 66,000 sacks of rice to at least 620 families affected by the Marawi crisis.

“This is just the first batch. In the coming days, more families will also receive the 30-kilogram sack of rice,” shared World Vision’s Executive Director Rommel Fuerte, reiterating the organization’s support to the on-going response, especially to the well-being of the affected children.

The 66,000 donated sacks of rice will support the Food Assistance Project of the Philippine
government, which aims to alleviate food shortage and enhance access for food of affected families.

World Food Programmes’ December 2018 report shows that food gap remains at 73.30%. In response, the social welfare department under the Bangon Marawi Comprehensive Rehabilitation and Recovery Program (BMCRRP) distributed cash grant of P73,000 (US$ 1,400) comprising of P20,000 ($ 385) for Livelihood Settlement Grants (LSG) and P53,000 ($ 1,019) for the Transitory Family Support Package (TFSP) to 15,615 families from the 24 Most Affected Areas (MAAs) but both DSWD and Task Force Bangon Marawi recognized that there is still a need for food support.

Still coping from the aftermath of the armed conflict

Two of the first to receive the rice were 43-year old Imran and 27-year old Saadia. Imran and his family have been living in temporary shelter for several months now. He used to be a furniture dealer, earning somewhere between Php10,000 to Php13,000. Today, he relies on his two older children who had to go to Manila to look for money.

Saadi, meanwhile, had to leave her two children under the care of relatives. She and her husband only have their 2-year old son, Anuwar, with them. With unstable source of income, both families struggle to make ends meet. A gantang (approximately 3 kilos) of rice alone costs around Php100 to Php120.

"That looks ok but if you don't have a hundred pesos, that's expensive. Most families here eat twice or once a day, sometimes not at all. That's why when we received news that we will be given a sack of rice, we were happy. This is a big help for us," Imran said. Saadia also echoed Imran’s gratitude, noting that she will have food for her son Anuwar in the coming days.

Jerry Cheng-An Chuang, Director of Taipei Economic and Cultural Office in the Philippines assured their commitment to supporting the people of Marawi during the rice turnover ceremony.

"To the people of Marawi, you are not forgotten. We will always be by your side to render a helping hand,” he said.

"We would like to thank the Government and people of Taiwan for this very kind gesture of
friendship and solidarity with the Filipino people. In trying times like these, it is comforting to know that we are not alone in facing these tribulations," Mari-Flor Dollaga-Libang, DSWD Region X Director said.

Aside from the government agencies of Philippines and Taiwan, World Vision is also supported by Wan Hai Lines for the said project.

The 5-month long Marawi armed conflict which started on May 23, 2017 has displaced at least 350,000 people, according to the Disaster Response Operations Monitoring and Information Center of the Department of Social Welfare and Development (DROMIC-DSWD). Days after the clash, World Vision launched its emergency response and has so far reached 48,000 individuals, including 25,000 children through its multi-sectoral interventions.

World Vision is a global Christian relief, development and advocacy organization dedicated to
working with children, families and communities to overcome poverty and injustice. World
Vision serves all people, regardless of religion, race, ethnicity, or gender. 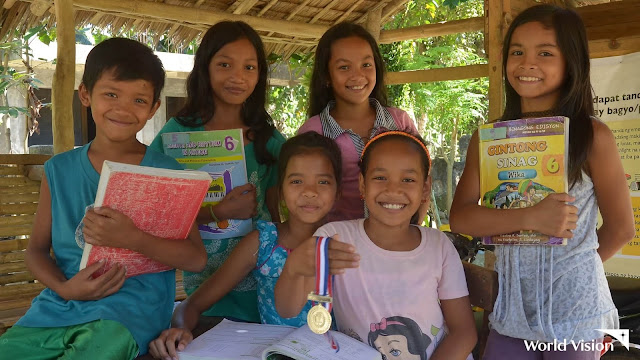