A PEEK INTO “THE SECRET GARDEN 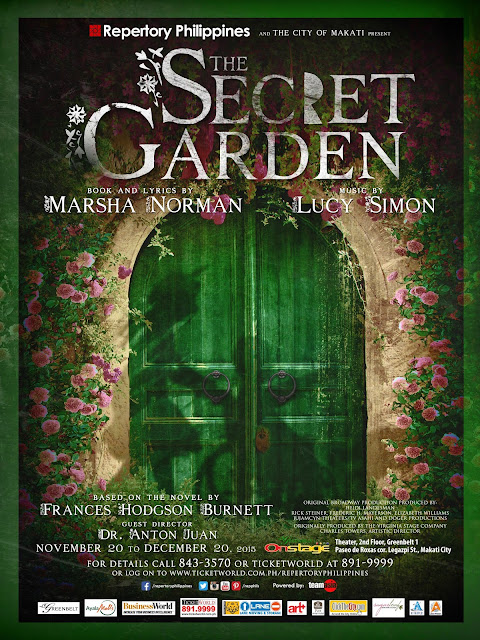 Repertory Philippines opens the gates to THE SECRET GARDEN as its Christmas season treat for theater goers. It tells the story of a young girl, born and raised in India, who finds herself suddenly orphaned, and goes to live with her uncle in England. She discovers a garden, neglected for years and almost dead, and a young cousin bedridden and miserable. With the help of a housemaid and a friendly young gardener, she brings both the garden and her cousin to life.

Director, Anton Juan’s vision was to focus on the message of the story. “I wanted to articulate that finding the secret garden was to liberate oneself from the feeling of domination,” he shares. He wanted to make clear that THE SECRET GARDEN “...is not just a musical about how love forgives, how healing is attained by finding and liberating the truth in us; but also an allegory of liberation of our free spirits.” 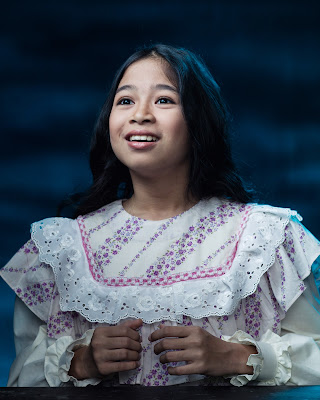 Stage productions take months to prepare with numerous songs to rehearse, choreography to be learned, scenes to perfect, a slew of costumes to be made, and elaborate sets to be built. For a period piece like THE SECRET GARDEN, the artistic staff had to do a lot of research on the context of the story and the details that would be needed to translate that era for a modern audience.

“Since the story is set in 1906 in Yorkshire, England, designing the costumes for THE SECRET GARDEN required period research,” shares costume designer Bonsai Cielo. But despite having an overview of historical information to create costumes from that time period, Bonsai said “An understanding of each of the characters and our director’s vision for the play was also required. Not to mention, we had to ensure they all blended well together and still look striking individually.”

Set designer Ohm David said this about his stage design. “As a designer, I had to read the play over and over while listening to the music. I read the play aloud and tried to involve myself as much as possible in the situations of the play.” While doing this, the designer imagined the elaborate environment of each scene. From there, he started to draw. But with the limitations of a modest stage, he had to veer away from the obvious interpretations of the story’s surroundings and instead used elements that would encourage the audience’s imaginations to visualize the entire scenarios. “For me, it is more important to highlight what the play is trying to say beneath” —a takeaway he derived from Director Juan, who is at the head of the entire production. 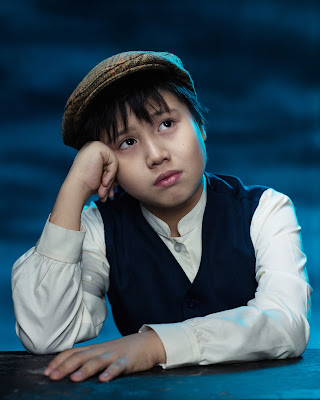 Daniel Drilon, one of the young actors playing Colin Craven, the bedridden boy, says “For the all Filipino cast, the added challenge was learning the diction of THE SECRET GARDEN’s period and location. We all had to learn a British accent which is kind of difficult. But we all got a hang of it after two months of practice.” The young leading cast had the support of the entire production team led by Director Juan who helped them absorb their roles. Besides Daniel, the other children who play the lead roles of Mary, the orphan girl, and Colin her cousin, are played by Ashlee Factor, Ginger Karganilla, Albert Silos and Noel Comia.

“The music is invigorating, the sets are a departure from the traditional, and it is a moving story of love,” shares Anton. Above all, the play’s message is one that will move the hearts of those who witness it. “I hope this musical will remind us to hold what’s most essential and important; and that’s what is inside of us. Lest we forget, come to my garden.” 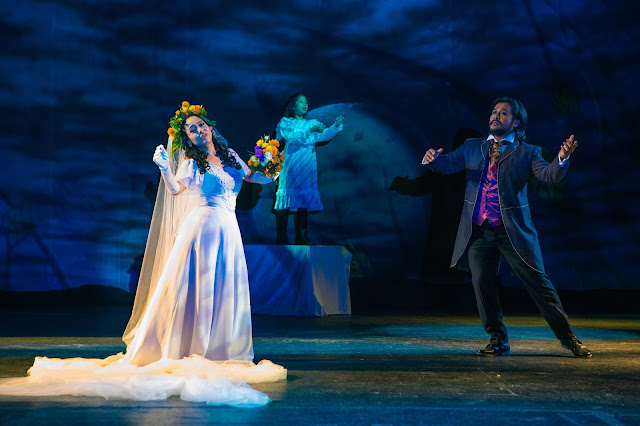 THE SECRET GARDEN will be staged from November 20 to December 20, 2015 at Onstage Theater in Greenbelt 1, Paseo de Roxas. For more details on performance dates and times and ticket prices, call Repertory Philippines at 843-3570. For more information about the play, log on to the Repertory Philippines Facebook page. Tickets may also be purchased through TicketWorld at 8919999 or visit their website at w ww.ticketworld.com.ph.