The Philippines marks World Population Day on July 11: Half of the journey made since the 1994 Cairo Population and Development Meeting 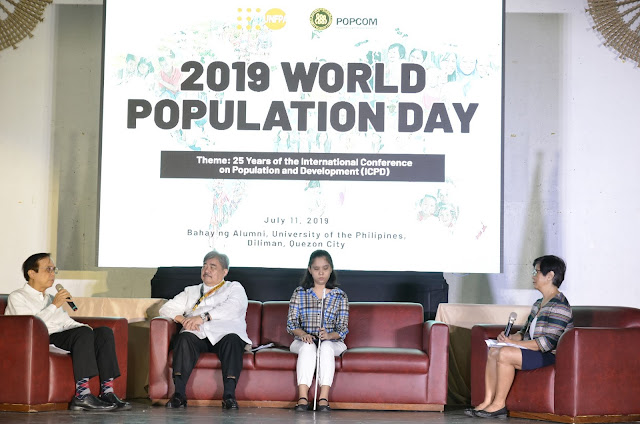 The Philippines joins the World Population Day on 11 July, with its theme, “25 Years of the ICPD,” looking back at the country’s gains and challenges since the 1994 International Conference on Population and Development (ICPD) in Cairo, Egypt.

In 1994, Filipinos made up 1.21 percent of the world population. 25 years after, it increased to 1.40 percent. 1 With some 108 million people, the Philippines is now the 13th most populous country in the world. 2 Data from the Philippine Statistics Authority (PSA) indicate that the country’s population continues to increase in numbers, approximately three babies born per minute, but the rate of growth has declined to 1.76% annually since the 2015 population census. Under this growth rate, the country’s population is expected to double in the next 39 years.

Significant progress has been made from 1994 for instance in- Total Fertility Rate (from 4.1 in 1993 to 2.7 in 2017) and Modern Contraceptive Prevalence Rate (from 25% in 1993 to 40% in 2017).3 Gains were due to continued government efforts in advocating for Family Planning (FP) programs, despite hurdles from various groups.

Moreover, policies pursuant to the ICPD agenda in the country were also implemented, including the full implementation of the Responsible Parenthood and Reproductive Health (RPRH) Law as one of the priority socioeconomic agenda; issuance of Executive Order No. 12 to achieve and sustain zero unmet need for modern family planning by 2022; and the approval by President Rodrigo Duterte of the intensified implementation of the National Program on Population and Family Planning (NPPFP). 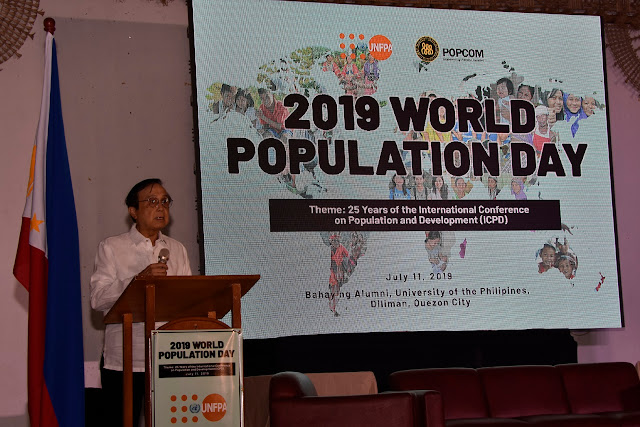 25 years after ICPD, the country still needs to address sexual and reproductive health and rights (SRHR), including on gender-based violence. While significant strides have been made, particularly in the area of civil rights as girls acquire more education and enter the workforce, they continue to face challenges in the private sphere of their homes, where their decisions and actions are often questioned and sometimes met with coercion and violence. These are the stark inequalities that hold back women in realizing their full potential.

26 percent of ever-married women of reproductive age still experience violence from their husbands or partners, whether in the form of physical, sexual or emotional abuse (National Demographic and Health Survey, 2017).

The 2019 State of the World Population (SWOP) Report placed emphasis on gender issues as one impediment in the advancement of SRHR. As Under-Secretary-General and Executive Director of the United Nations Population Fund (UNFPA) Natalia Kanem stated, “We must push back against forces that would see us return to a time when women had little say in reproductive decisions or, for that matter, in any area of their lives. The fight for rights and choices must continue until they are a reality for all.”

Commission on Population and Development (POPCOM) Undersecretary Dr. Juan Antonio A. Perez III believes that attitudes towards gender roles have consequences, on how individuals and couples form their families, perceive female employment, run the workplace and other institutions like church and school. “People-centered development where individuals are empowered has been the core of our advocacy — from educating girls, engaging men and women, and recognizing the role of the bigger society we all live in,” Usec. Perez said.

The ICPD in Cairo, Egypt, set forth a Programme of Action signed by 179 countries, embarking on a long and difficult journey to reproductive health, including voluntary family planning and safe pregnancy; women empowerment and gender equality.

“UNFPA congratulates the Philippine Government in its achievements and commitment to fulfill the promise of the ICPD Agenda,” said Iori Kato, UNFPA Representative in the Philippines.

“We look forward to the Government renewing its commitment at the Nairobi Summit on ICPD25: Accelerating the promise, a high-level conference organized on 12-14 November 2019 to finish the unfinished agenda of the full implementation of the ICPD Programme of Action as an integral way for sustainable development,” he added.

POPCOM and UNFPA are proud to have been part of the 25 fruitful years of the ICPD, taking on extra significance this year when both agencies mark their 50th founding anniversary. Usec. Perez asserted, “We are only on the halfway point of our own journey. We must persevere to empower millions more Filipino families.”

We invite everyone to join us in this year’s World Population Day national celebration on 11 July 2019, 10 AM at the Bahay ng Alumni, University of the Philippines, Diliman, Quezon City. This dissemination forum will be an avenue to present to the public the results of the ICPD@25 National Review.