Unleash the Beasts in ‘Godzilla II: King of the Monsters’ at SM Cinema 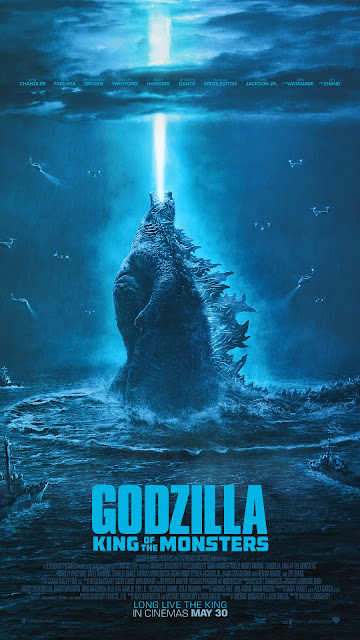 An epic monster adventure awaits at SM Cinema! Prepare yourselves as the mythical super-creatures collide in Godzilla II: King of the Monsters at SM Cinema.

In this installment of the gripping film series, Godzilla battles ancient super-species Mothra, Rodan, and his ultimate nemesis, King Ghidorah for supremacy. It is up to a crypto-zoological agency Monarch to face off against these god-sized monsters to get a chance at saving humanity.

Watch the battle unfold in the biggest and most immersive cinema experience at SM Cinema’s IMAX theatres! The IMAX release of Godzilla II will be digitally re-mastered into the image and sound quality for the complete The IMAX Experience® with proprietary IMAX DMR® (Digital Re-mastering) technology. Combining crystal-clear images, clear audio and IMAX’s customized theatre geometry, you are sure to see Godzilla in action and in all its glory in any of the following SM Supermalls: SM Mall of Asia, SM Megamall, SM Aura Premier, SM City North EDSA, SM City Cebu, SM City Clark, SM Southmall, and SM Lanang Premier.

The new story follows the heroic efforts of the crypto-zoological agency Monarch as its members face off against a battery of god sized monsters, including the mighty Godzilla, who collides with Mothra, Rodan, and his ultimate nemesis, the three-headed King Ghidorah. When these ancient superspecies, thought to be mere myths, rise again, they all vie for supremacy, leaving humanity's very existence hanging in the balance.