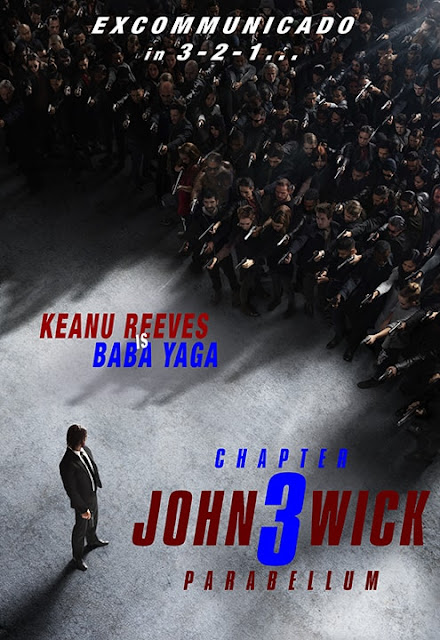 Keanu Reeves, my favorite action star from Hollywood is back!  Now, it’s time to gear up as legendary hitman John Wick returns with more action at SM Cinema!


The third installment of the John Wick film series picks right up after the events of John Wick: Chapter 2. After killing Santino D'Antonio on Continental grounds, John Wick is declared excommunicado and goes on the run with a $14 million global contract for his death. With a horde of the world’s top assassins on his tail, John Wick must find his way around the city of New York and try to make it out alive.


Can’t get enough of that John Wick action? SM Cinema has prepared a little something for the fans as they launch the John Wick III Experience. Transform into the infamous hitman as you shoot targets at the Shoot Like John Wick shooting range and get a chance to win John Wick merchandise. You can also cool down afterwards by browsing through an artwork exhibit of John Wick himself and other cast members.  SM Cinema also hosted an action-packed Lazer Tag Tournament at SM Megamall, where teams competed to win exclusive and limited-edition John Wick merchandise and tickets to the movie premiere


Be sure to check out all these exciting happenings at the SM Megamall Cinema Lobby from May 11 to May 19 for tons of fun brought to you by SM Cinema!


Get even more out of your John Wick experience when you watch at SM Cinema as they offer two (2) Lazer Arena passes when you buy at least two (2) John Wick: Chapter 3 – Parabellum movie tickets and two (2) Php99 combo meals from SnackTime. The promo is applicable from May 15 to May 19 for all movie schedules before 1PM.