A Super Afternoon with Superdudes at Century City Mall

Yesterday was a BLAST! A memorable afternoon filled with joy and excitement for kids just like my daughter! It was a well spent hot Wednesday afternoon with the awesome SUPERDUDES at the Century City Mall!

The media and blogger's children got to experience the energetic team of Stevie Nicholson, a former cast of Hi-5. The kids had so much fun seeing the group in person. My daughter even told me that she can't believe that she already saw Stevie in person at last.

Meeting Stevie together with Pencil Pirate, Flutterby and Bubble Trouble made the day complete!

The floor opened for the Question and Answer portion where my Junior Blogger daughter threw her own questions. Surprisingly, she even asked why Stevie left the Hi-5 group where he used to be a member.  According to Stevie, he just decided to make something different...he wants Superdudes to be more fun and interactive.  Stevie even said that he still have constant communication with his Hi-5 group.

After the Q&A, the kids and the kids at heart were able to have photo selfies with the team and the kids got their books signed too by the author, Stevie Nicholson.

If you plan to visit the mall, remember to include this event that is sure to happen on the 16th of April at the Century City Mall Event Center. The Superdudes children’s book creator Stevie Nicholson holds a book signing, show and VIP workshop.
It’s definitely going to be a truly super summer for kids as Century City Mall hosts Superdudes.  Live at the mall’s fifth level Event Center on April 16!

It's true that Superdudes is a funny and quirky children’s book created by Stevie Nicholson, a member of the well-loved Australian children’s musical group Hi-5. The book, with illustrations by Nick Rudich, focuses on capturing the imagination of children in a playful and engaging way and is based on the philosophy that absolutely anyone and anything can be Super!

My daughter can't even put down her book and loved reading it before going to bed since last night. The book is nice and quite extra ordinary! So happy that my Abi got interested reading another new book.

Get excited! On April 16, enjoy the ultimate Superdudes experience with a Show and Workshop featuring Stevie Nicholson and the Superdudes in a fun-filled stage show! A ticket of Php1,500 admits 1 child and 1 adult, and comes with a free Php1,500 worth of Century City Mall Gift Certificates! 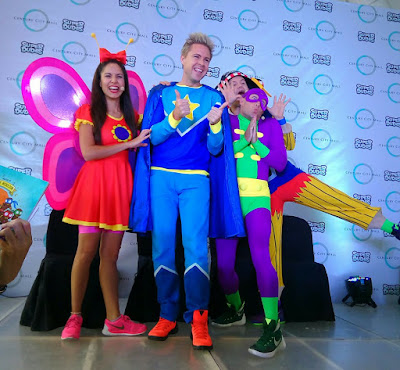 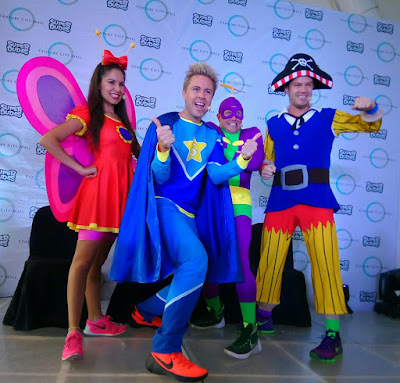 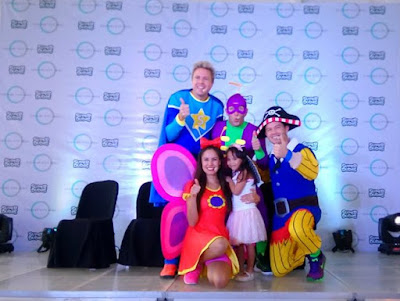 Don't forget to mark your calendar!

Email ThisBlogThis!Share to TwitterShare to FacebookShare to Pinterest
Labels: Events, Lifestyle, What's UP