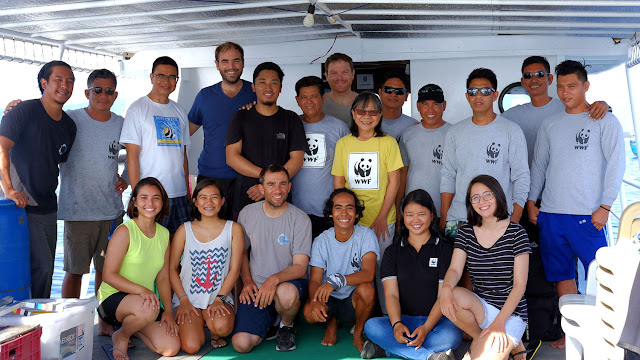 Palawan, Philippines — Sulu Sea, the richest reef region in the world, is home to 505 coral species and yet we know little about its reefs. With tourism booming exponentially in the Palawan islands, fishermen immigrating from nearby regions, and the seas warming, how are our corals coping? Which anthropogenic threats affect our reefs the most? Will corals in the Sulu Sea survive the warming waters? These questions seem basic yet no coral reef monitoring system is in place to help answer them.


Dr. Wilfredo Licuanan with his team of research assistants from the De La Salle University Br. Alfred Shields FSC Ocean Research Center (DLSU-SHORE) and the World Wide Fund for Nature (WWF) Philippines recently embarked on consecutive reef research trips to Tubbataha, Cagayancillo islands, Honda Bay, and Taytay, Palawan. This collaboration between DLSU-SHORE and WWF-Philippines, under a grant from WWF-Singapore, is called Designing of Monitoring and Evaluation System for Coral Reef Resilience and Fisheries Sustainability in Northeast Palawan through Marine Protected Areas (MPAs) or Network of MPAs.


The project kicked off with a week-long navigation in Tubbataha Reefs Natural Park where 10 previously established coral monitoring stations were surveyed, including the ship grounding sites of Ming Ping Yu and USS Guardian.


In 2013, the grounding sites of the two vessels left fields of rubble, an environment where little to no coral could recruit. Upon consistent monitoring, Dr. Licuanan found that some plots, specifically in the USS Guardian are recovering. “Our projections on recovery rates at the USS Guardian site appears accurate. The impact plots should look like how it was before the grounding in four years. One Ming Ping Yu plot is also doing well,” expounds Dr. Licuanan.


In June, the research team established monitoring stations in Arena atoll, and Cawili, Calusa, and Dondonay islands, all part of the Cagayancillo group of islands 178 nautical miles off the coast of Puerto Princesa, Palawan and approximately four hours away from Tubbataha. 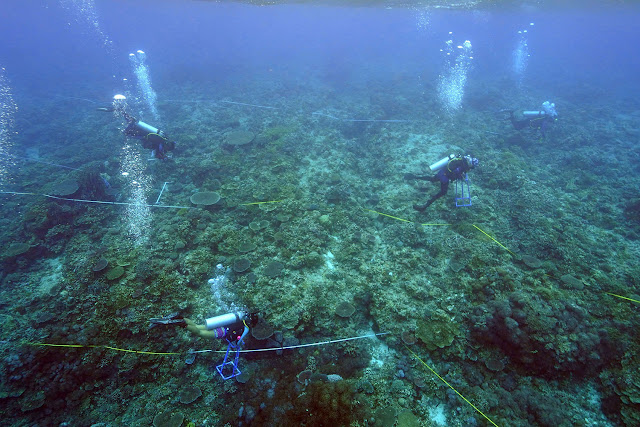 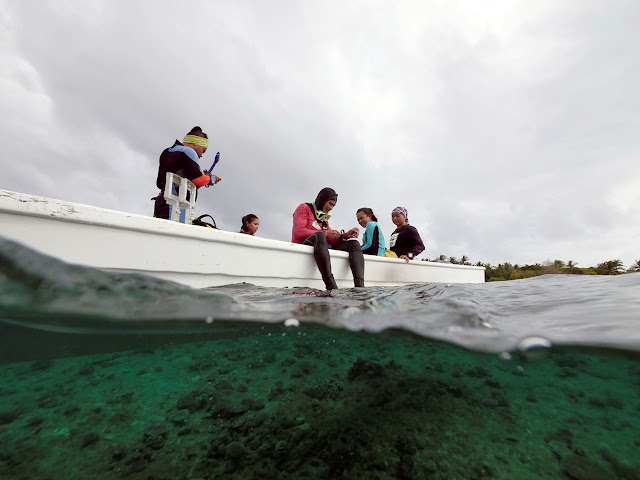 “The Cagayancillo reefs are interesting as most sites we visited have coral cover levels of oceanic reefs and atolls yet also have the diversity of inshore fringing reefs,” says Dr. Licuanan. During his surveys, he also observed that the corals in the Arena atoll are most likely prone to temperature fluctuation because of the surge of warm water from the lagoon as the tide changes. This brings him to a hypothesis that Arena might have climate-resilient corals. “I suspect it will be tested in the next few weeks as the seas are expected to get warmer in the region,” he adds, “I wish we can revisit those reefs sooner.


This collaboration with concerned stakeholders and academic institutions is key for establishing a reef monitoring system in the region. "Working with local people to effectively manage MPAs entails having a common understanding about the situation of the marine environment in the area.  Science plays a significant part to achieve this.  As experienced in the past, research results help explain better the local observations and insights, thus creating a platform for meaningful conversations,” shares WWF-Philippines Project Manager Marivel Dygico.

For Dr. Licuanan, monitoring reefs is a necessary step after the three-year natiowide coral reef assessment project. “Monitoring allows us to generate information that we can act on and potentially save corals. Assessments are useful only for writing obituaries for nature.”


The World Wide Fund for Nature (WWF) is one of the world’s largest and most respected independent conservation organizations, with over 6 million supporters and a global network active in over 100 countries. WWF's mission is to stop the degradation of the Earth's natural environment and to build a future in which humans live in harmony with nature, by conserving the world's biological diversity, ensuring that the use of renewable natural resources is sustainable, and promoting the reduction of pollution and wasteful consumption.


WWF-Philippines has been working as the 26th national organization of the WWF network since 1997. It has been successfully implementing various conservation projects to help protect some of the most biologically-significant ecosystems in Asia.