PHINLA: Empowering Waste Workers and Their Communities at the time of COVID-19 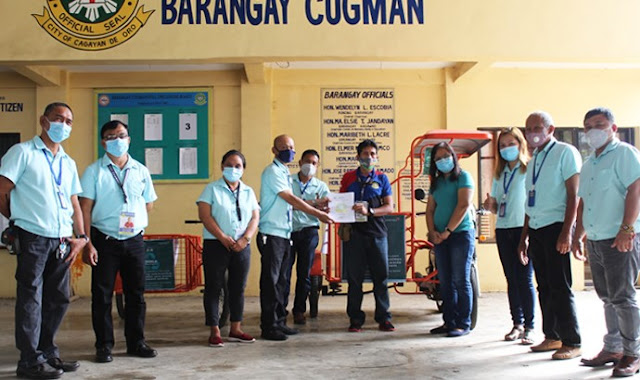 Chris Macas has been a waste collector since 2018. While he is proud of his contributions to the cleanliness of his community, he has been hoping for changes.

With only gloves to protect him, he would worry about his health and also his family's. There were days, he said, when he couldn't report for work for a week because he'd often get sick.

The situation of Chris is not new in the Philippines. Although the country has several laws related to solid waste management, strict implementation remains a problem, causing adverse impact not just to the environment but also to waste workers' welfare.  A compliance audit on 178 local government units (LGUs) showed that from 2011-2017, 27.53% did not comply with regulations for segregation at source while 23.03% did not comply with regulations on segregated collection.

Recognizing these challenges and the vulnerability of waste workers like Chris, World Vision and Ecowaste Coalition, with funding from the German Federal Ministry for Economic Cooperation and Global Development (BMZ) are implementing the PHINLA Project. PHINLA, coined from the name countries the project is being implemented in (the Philippines, Indonesia, and Sri Lanka) seeks to empower waste workers and communities affected by poor waste management by using waste as a resource to create meaningful employment and to earn income, while tackling health and environmental issues associated with waste management. 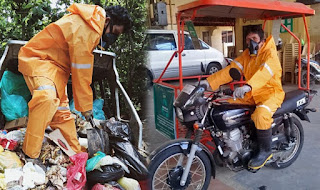 In Barangay Cugman, Cagayan de Oro, Mindanao, where Chris comes from, one of the project's main initiatives, to date, involved organizing the waste workers association and training them to create a better collection system and MRF for the community.  People from the village, mostly volunteers who identify themselves as eco warriors, do daily house to house waste collection using the 17 pedicabs and 5 motorbikes that the PHINLA project provided. To further help them earn income in this phase of the project, the village created an incentives-based system depending on the weight of the recyclables collected to encourage the practice of proper waste segregation.

On the next phase of the project, PHINLA will help the village establish the waste collectors’ association as a business enterprise, functioning and earning income on its own to provide salary for waste workers.

Since the group of waste workers was officially organized on the first week of August 2020, Chris has seen significant changes.

The community used to collect garbage using just one garbage truck. It would take them at least 4-5 hours for collection alone. With 17 pedicabs, they can now collect simultaneously, saving them time and delivery to the MRF situated on top of the mountains is made easier with the use of the motorbikes.

"We are also frontliners. I can't even imagine the damage it would cost me and my family if I get the virus while doing my work because I did not have protective gears. I am extremely grateful to PHINLA for this support,” said Chris Macas, one of the recipients of the PHINLA project.

The PHINLA project through World Vision and Ecowaste Coalition continue its work, not only in CDO, but also in Quezon City and Davao, providing training and equipment necessary to help the community and its waste workers.

“Through our Global Program that intends to develop livelihood opportunities for poverty affected population through a multi-sectoral established and monitored waste management system, we have already seen important achievements in all three countries of implementation from program inception in September 2019 till now. Still, more work needs to be done in ensuring its sustainability, including engaging more  and more vulnerable groups in income generating activities at Waste Collection/Recycling Centers, increasing awareness of general public in waste reduction/recycling/reuse matters and adherence of households to the different waste segregation practices and laws in the country," shares Giorgi Devidze, PHINLA Global Program Director.

To know more about World Vision and its programs in the Philippines, you may visit www.worldvision.org.ph.

The PPEs are now a necessity for the safety of waste workers like Chris who collects and segregates waste to help keep communities clean.

Email ThisBlogThis!Share to TwitterShare to FacebookShare to Pinterest
Labels: #PHINLA